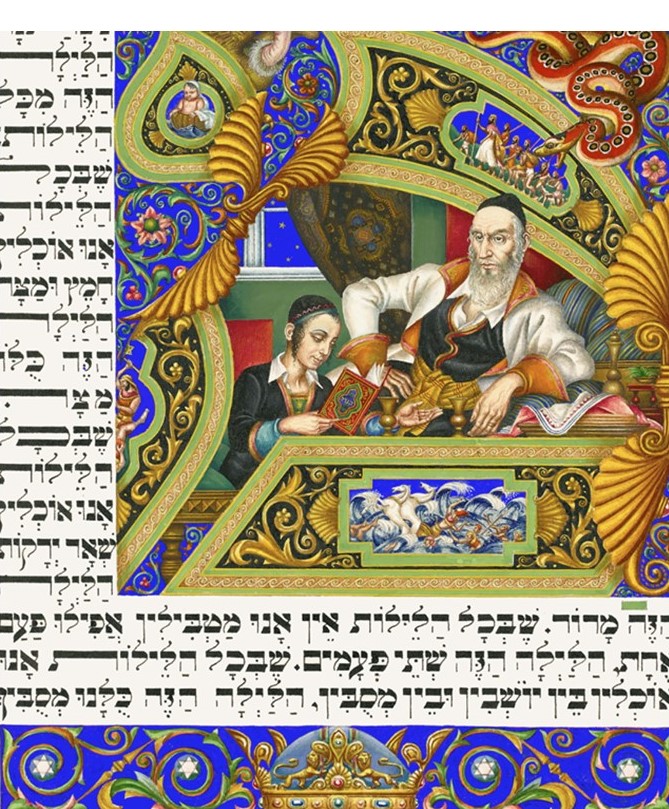 Arthur Szyk often said “Art is not my aim, it is my means.” Yet, his contemporaries praised him as the greatest illuminator-artist since the 16th century. He saw himself as a fighting artist, enlisting his pen and paintbrush as his

weapons against hatred, racism, and oppression before, during, and after World War II. As the leading anti-Nazi artist in America during the war, Szyk also created the important and widely circulated art for the rescue of European Jewry. His Passover Haggadah has been acclaimed as “worthy of being considered as one of the most beautiful books ever produced by the hand of man.” The presentation Arthur Szyk: Soldier in Art will expose the viewer to the breadth and depth of the power, purpose, and persuasion of the great artist and the great man.

Arthur Szyk (b. 1894, Lodz, Poland — d. 1951, New Canaan, CT, USA) worked in Poland, France, England, Canada, and the United States, and was renowned during the first half of the twentieth century for his prolific illustrations in books, newspapers, and magazines. His work provides a visual and often acerbic comment on contemporary issues, including World War II, the Holocaust, and the creation of the State of Israel. Szyk’s canon includes his famous illuminated Passover Haggadah, which has been widely distributed in both the U.S. and Israel.

Irvin Ungar bio:
Irvin Ungar, a former pulpit rabbi and antiquarian bookseller, has devoted the past quarter-century to scholarship on Arthur Szyk. He has curated and consulted for numerous Szyk exhibitions, including the Fine Arts Museums of San Francisco, the Deutsches Historisches Museum (Berlin), the United States Holocaust Memorial Museum, the Library of Congress, and the New-York Historical Society. Ungar is the author of Arthur Szyk: Soldier in Art (winner of the 2017 National Jewish Book Award), co-producer of the documentary film, “Soldier in Art: Arthur Szyk,” and the creator and publisher of the luxury limited edition of The Szyk Haggadah. He has also served as the curator of The Arthur Szyk Society in Burlingame, California.