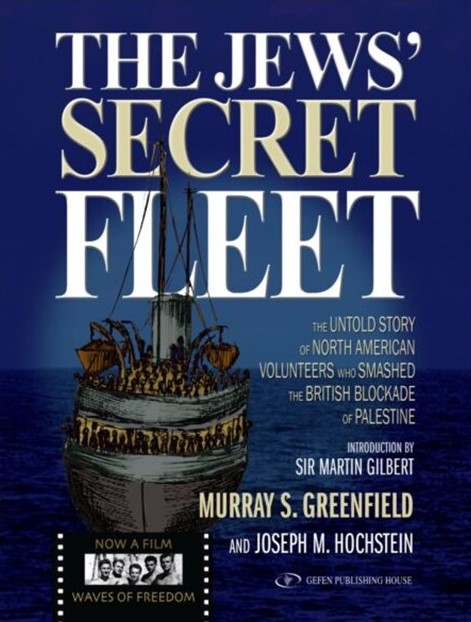 In 2010 his best-known book, which Murray Greenfield spent more than a decade researching, The Jews’ Secret Fleet, was published, about the participation of North American sailors in Aliyah Bet. Murray himself was just such a volunteer participant. The then-illegal vessels brought more than half of the Holocaust survivors from displaced persons camps to Palestine, over which the British gave up the British Mandate of Palestine, after which the United Nations voted to establish Israel.

This documentary tells the story of the five hundred volunteers who brought the majority of the survivors to Palestine.  All of the ship’s passengers were survivors of the holocaust, and the British were forced to finally give up. The sailors were all volunteers who found their way to the ships. They were not paid to get to the ships and some hitched from California and Montreal. This was not through an organization but was passed on from word of mouth. These men were the real volunteers while Machal men and women for all the other forces were given and brought on transportation. These men had served in ww2 in all different forces. About half had some ship experience.   Murray Greenfield started writing and researching after a meeting with Ben Gurion and they discussed Murray’s arrival with maapilim aliyah bet and how that group brought the vessels to Israel.

Please note: Registration for Zoom programs is accepted until 13:00 on the day of the program. AACI cannot guarantee the processing of any registrations after that time.  Credit is given should a program be cancelled.