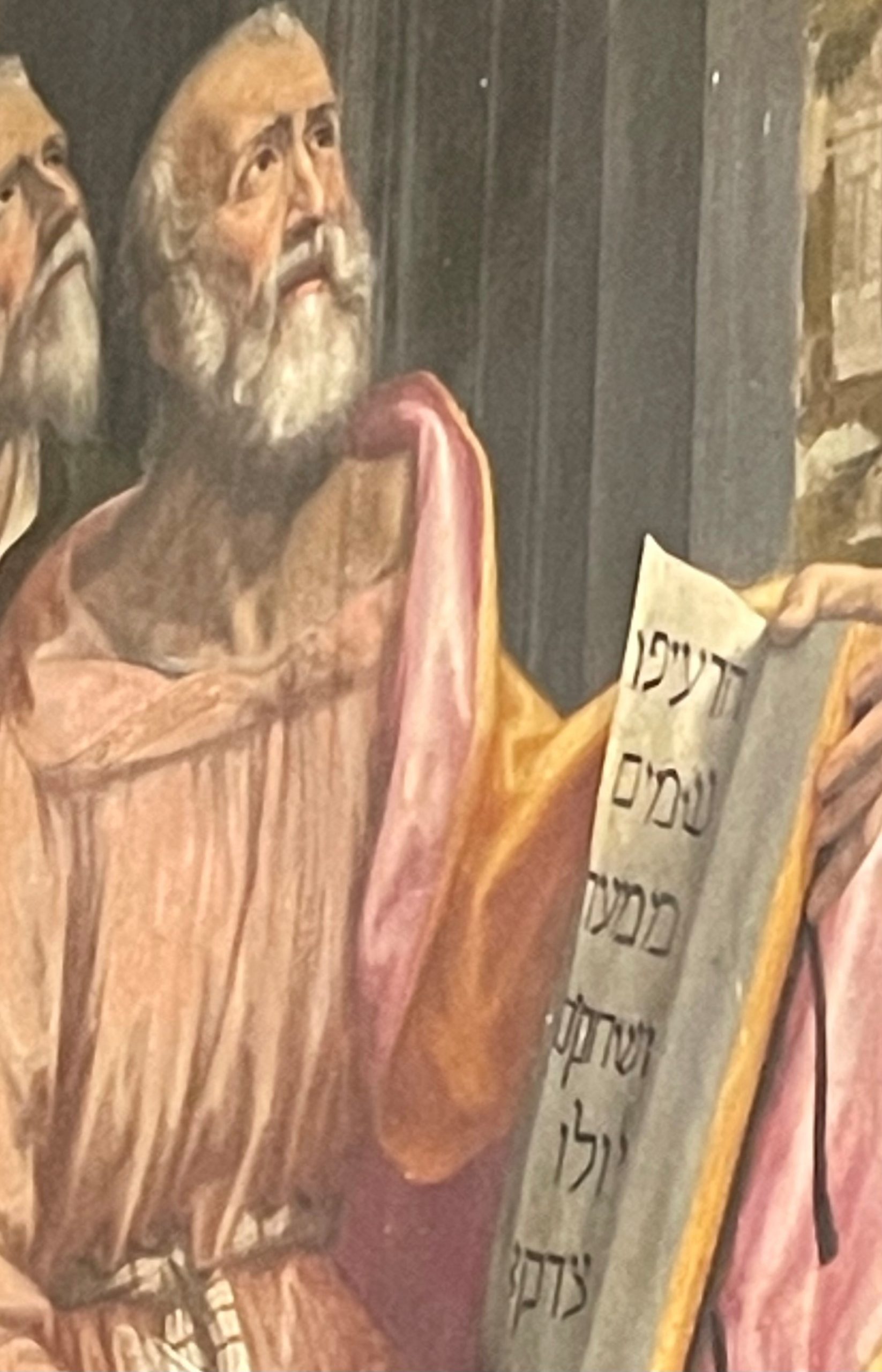 Whereas the Jews  in many places in Europe throughout the centuries suffered from the arrogant and harsh attitude of their Christian neighbors, it seems that Hebrew writing escaped this same fate.

In this meeting, we shall present several examples in which Hebrew and pseudo-Hebrew inscriptions appear in Christian art. We will try to explain how it can be that with this attitude, between such two hos

tile religions, in effect the most populated one used the inscriptions of the one it tried to represent as defeated and non-relevant.

Moreover, we will also explain what a religion, of which its majority of followers were illiterate, could achieve by using even more exclusive language to transmit a message.

Lior Aviv is a long time lecturer for AACI.  Lior  who is a graduate in art history (M.A. Dean’s Honors), working now on his PhD. Lior is also an authorized tour guide for Florence and Rome. During his lectures, we will remind ourselves how to see and feel art. We will do that not only through knowledge, facts and anecdotes, but also through our hearts and minds. Rediscovering this gift which is always within us, we’ll ensure that when you leave the beauty of Florence and /or Rome behind, you will take with you that which you have found within yourself and continue discovering throughout the world. Lior has also guided AACI groups in Florence. Don’t miss another exciting lecture!